William Morgan - Revenge of the Freemasons 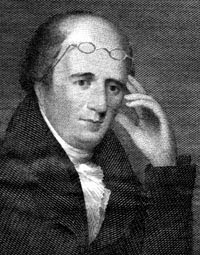 In the summer of 1826, William Morgan of Batavia, New York, announced his intention to publish a book exposing the secrets of Freemasonry. On September 11 of that year he was abducted and never seen again. Morgan was considered a traitor by the Masons and a “Christian martyr” by their opponents. 54 Masons were indicted for his abduction and 10 were found guilty. Morgan’s disappearance led to the formation of America’s first “third party”, the Anti-Masonic Party. But was it Morgan's body that washed ashore on Lake Ontario a year later, and were the Masons responsible for his death?

Cause of Death:  Drowning

Synopsis:
Nearly two centuries after his death, it is still difficult to find an impartial rendition of William Morgan’s story. In the 19th Century, several books were written and published by Masonic organizations that depicted Morgan as a drunk, a thief and generally a man of low moral character. 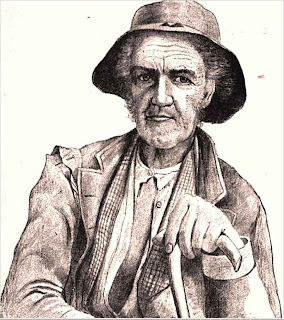 They denied that he ever was a Mason and that Masons had anything to do with his murder. In fact they denied that William Morgan was murdered at all. This tradition continues today on Masonic web sites. Another tradition that continues on the internet is the belief that Freemasonry has a sinister influence on all facets of world politics going far deeper and wider than their public face would suggest. To these adherents, William Morgan was a hero who died for free speech. Even the portraits of Morgan used by the two groups are different. Anti-masonic groups tend to use a portrait depicting Morgan as studious and refined (above), while the Masons prefer a portrait of Morgan as a disgruntled old man in tattered clothes (left).


We know that William Morgan was born in Culpepper, Virginia in 1774 or 1775. He married Lucinda Pendleton of Richmond, Virginia in 1819 and they had two children. Morgan claimed he was a Captain in the War of 1812, fighting with Andrew Jackson, but that has never been verified. He later moved to Little York, Ontario (now Toronto), where he opened a brewery. It was there, Morgan claimed, that he was inducted into the Freemasons. When his brewery burned down, he left Canada and moved to Rochester, New York, then to Batavia, New York. The Masons question whether he was ever a Mason in Canada, and in fact question whether he ever owned a brewery.

In New York he attended a Masonic lodge in Leroy and there became a Royal Arch Mason, though the Masons claim there is no record that he had ever received the preceding degrees. When a new chapter was proposed in Batavia, Morgan signed the petition, however before it was presented to the Grand Chapter, his name was removed and he was not allowed membership in the Batavia chapter.

This, presumably, was the event that prompted Morgan to write a book exposing the secrets of Freemasonry. He teamed up with a printer named David Cade Miller, and two other men, John Davids and Russel Dyer, to publish the book. In the summer of 1826 Morgan published an advertisement saying that a book would soon be available revealing the secrets of the Masons for a dollar a copy. 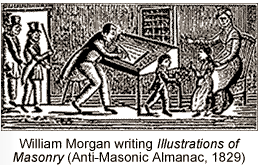 Soon after, there were mysterious fires at Miller’s print shop. It was alleged that the fires were set by freemasons, though they accused Miller of starting the fires himself as advertisement for the upcoming book. On September 11, 1826, William Morgan was arrested for stealing a shirt and tie, and taken to a jail in Canandaigua, NY. He was soon released for lack of evidence, but immediately re-arrested for failure to pay a $2.69 debt to an innkeeper. On September 12, a group of men came and paid Morgan’s fine. As they took him away Morgan was heard hollering “Murder!” William Morgan was never seen alive again.

Trials:
54 Masons were indicted for Morgan’s kidnapping. In 15 separate trials 10 Masons, including Niagara County Sheriff, Eli Bruce, were convicted and given sentences ranging from 30 days to 28 months. Because Morgan’s death could not be confirmed, murder charges were never brought.

Aftermath:
In October 1827, a body washed up on the shore of Lake Ontario. Three inquests were held for the corpse. The first said the body was unidentified. In the second, the corpse was shown to William Morgan’s wife who identified her husband primarily by his distinctive teeth--Morgan had two rows of teeth and several of them were broken. His doctor also identified the body as Morgan. Thurlow Weed, a New York politician opposed to the Masons was on the inquest committee. The Freemasons accused Weed of mutilating the corpse to resemble Morgan. At the third inquest, the body was shown to the wife of Timothy Monroe, another unrelated missing man. Mrs. Monroe positively identified the corpse as her husband and that is the ruling that stood.

The Freemasons (then and now) admitted that a misguided group of their members did kidnap William Morgan but did not kill him. They claimed he was given $500 and set free in Canada. Morgan was supposedly seen alive in such exotic places as Smyrnia in the Ottoman Empire, and the Cayman Islands. New York Governor DeWitt Clinton (a Mason) offered a $1000 reward for information proving that Morgan was alive. It was never collected.

Shortly after his disappearance Morgan’s book, Illustrations of Masonry, was published (It was republished later under other titles, e.g.: Morgan’s Freemasonry Exposed and Explained, The Mysteries of Freemasonry). The publication, together with outrage over the light sentences given the kidnappers fired up a wave of anti-Masonic sentiment that spread across the country. Thurlow Weed and others formed the short-lived Anti-Masonic Party and ran a candidate in the 1832 presidential election won by Andrew Jackson (a Mason). In that election the Anti-Masonic party carried the state of Vermont. The Anti-Masonic party was eventually absorbed by the Whigs and some of their members were instrumental in the founding of the Republican Party. 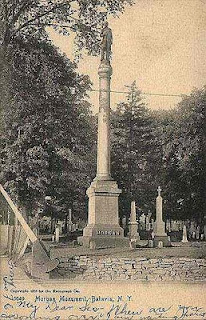 In 1881 a monument to William Morgan was erected in Batavia, New York, with this inscription:

“Sacred to the memory of Wm. Morgan, a native of Virginia, a Capt. in the War of 1812, a respectable citizen of Batavia, and a martyr to the freedom of writing, printing and speaking the truth. He was abducted from near this spot in the year 1826, by Freemasons and murdered for revealing the secrets of their order. The court records of Genesee County, and the files of the Batavia Advocate, kept in the Recorders office contain the history of the events that caused the erection of this monument.”

Freemasons refer to this as the “Lie in Granite”